1. Back 40, the famed spot co-owned by Olivia Culpo, was one of 2017’s most anticipated restaurant openings. The former Miss Universe teamed up with her father, her cousin and their business partner to bring next-level dining to North Kingstown. Named for the back 40 acres of a farm, considered to be remote and untamed, the restaurant is designed to look like a renovated barn, complete with red paneling and big barn doors. The interior of the restaurant is massive (3,800 square feet) and additional patio seating is available during the warmer months. The huge wraparound bar has 25 beers on tap, and the menu is filled with comfort food. Highlights include French Onion Deviled Eggs, The Back Mac (macaroni and cheese which you can customize with pulled pork, lobster, Buffalo chicken, bacon or chili), Fried Chicken and Cauliflower Steak. Don’t forget to save room for Allie’s Bread Pudding. 20 South County Trail, North Kingstown. Back40RI.com 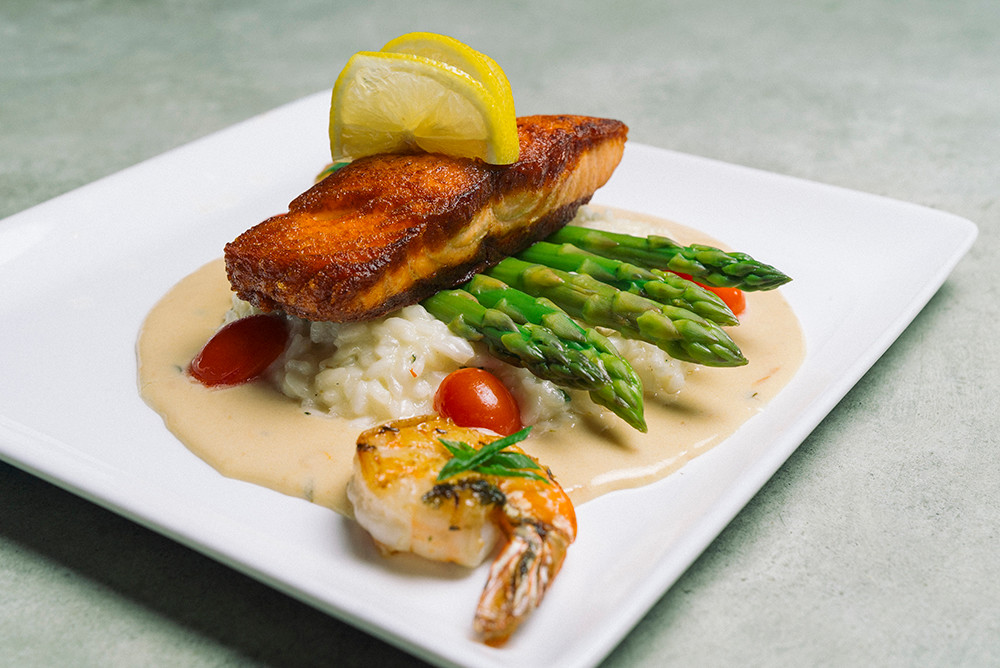 3. Rocco’s Bistro is one of the newest establishments to make its home on Main Street in East Greenwich, Rhode Island’s own version of restaurant row. The lively spot opened last spring, but there are some new changes for the new year. Owner Rocco Quarttrocchi has recently taken over the kitchen and is in the process of making the environment a bit more casual. Quarttrocchi is no stranger to the restaurant business – his Rocco’s Pub & Grub in Smithfield has been dishing out comfort food to appreciative diners for many years now. Rocco’s Bistro, Quarttrocchi says, “a relaxing vibe, and a comfortable atmosphere where you lose track of time.” The bar has a well-crafted beer list, four different types of sangria, creative craft cocktails and a well-priced wine list. Favorites from the menu include Osso Bucco, Calamari, Prosciutto and Arugula Bistro Pizza, and Fish Tacos. 219 Main Street, East Greenwich. RoccosRI.com 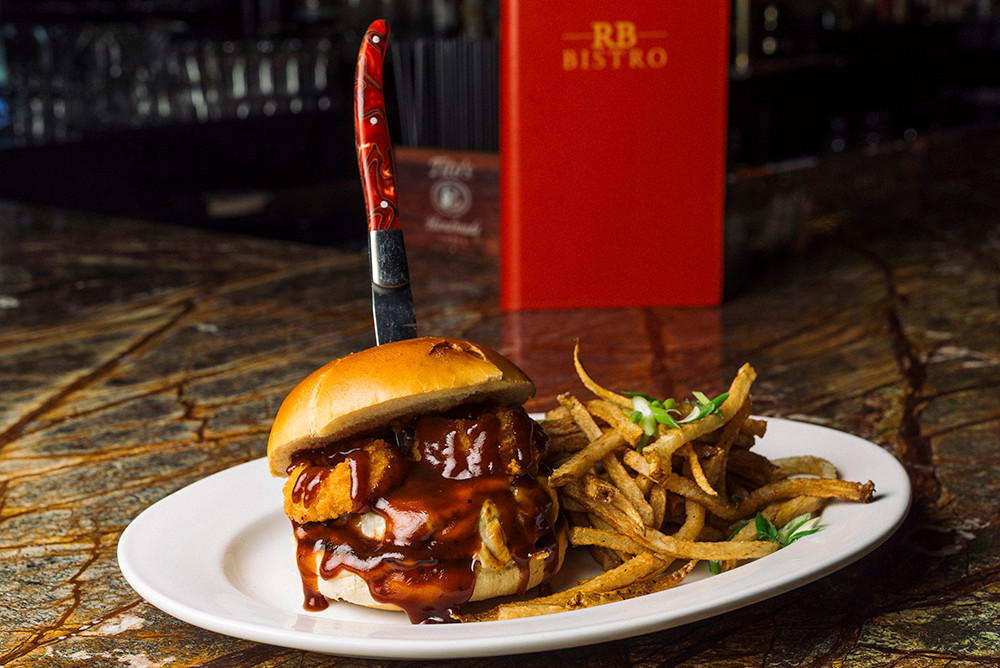 4. The Carriage Inn is a local landmark. It was abandoned for several months, but Dan Hebert, owner of Dan’s Place in West Greenwich, has reopened the space as Dan’s Carriage Inn & Saloon. The interior has been renovated, but has maintained its rustic charm. The menu contains just as much variety as his West Greenwich location, but skews more upscale. If you’re looking for Dan’s famous pizza, you won’t find it here. Instead, there’s slow-roasted prime rib, surf and turf, sesame tuna and French onion soup, as well as a variety of sandwiches, chicken wings (in 13 flavors), pastas and salads to be had. With something on the menu for everybody, Dan’s is set to put the Carriage Inn back on the map. 1065 Tower Hill Road, North Kingstown. DansCarriageInnSaloon.com

5. Sometimes something old becomes new again, which is the case with the Wilcox Tavern in Charlestown. The Tavern was constructed in 1730 as the residence of Joseph Stanton on a bluff overlooking Route 1. It was reopened this summer by Mia Byrnes, who has more than 30 years of experience in the hospitality industry and is the owner of Mia’s Cafe in Westerly. Byrnes describes the food at the Wilcox Tavern as “simple American cuisine,” and while the dining room still retains its historic charm, it has been cleaned up and modernized. From the appetizer section of the menu, you can enjoy Crispy Prosciutto-Wrapped Shrimp with a gorgonzola drizzle or Tavern Garlic Bread with a gorgonzola fondue. In the entree section, you might choose the Chef’s Dry-Aged Steak with braised garlic, mashed potatoes and wilted spinach, or the Baked Sea Scallops with balsamic garlic herbs, spinach and roasted peppers, farro and citrusy white wine. In the 1700s and 1800s, the tavern was a place for people to rest on the journey from Boston to New York. Today, you can enjoy a meal steeped in Southern Rhode Island’s history while taking advantage of the kicked-up menu. 5153 Old Post Road, Charlestown. WilcoxTavern1730.com 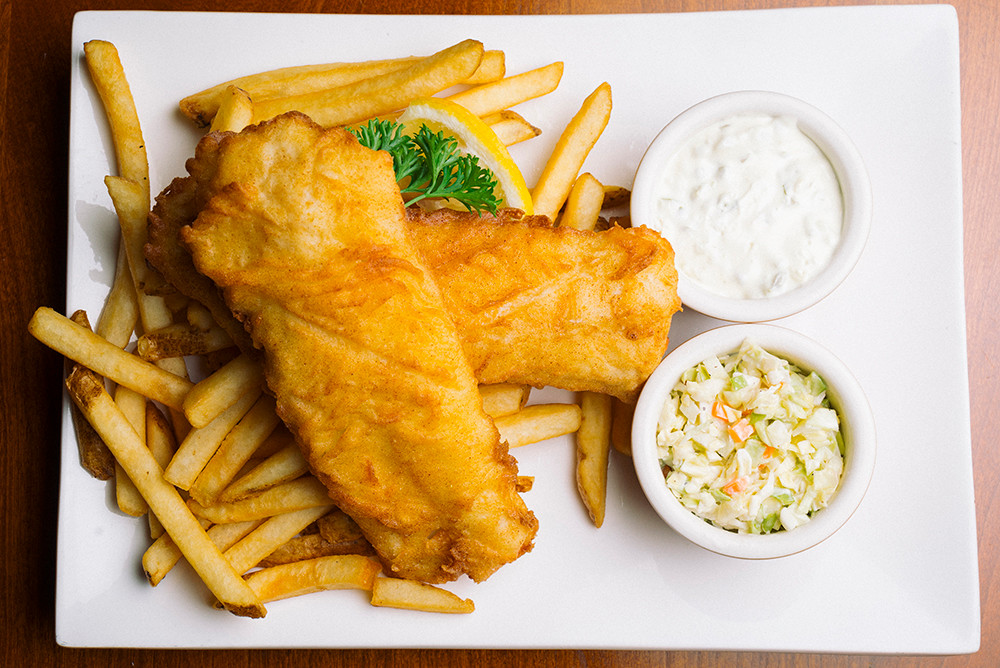 6. With locations in Seekonk and Warwick that are already rocking great barbecue, Boneyard Barbecue is set to be slinging smoked meats at its newest location in the former home of the Pavillion Restaurant in Ashaway soon after the new year. If you’re looking for a place to grab some appetizers and a beer while you watch the Patriots game, this is the place. One of Boneyard Barbecue’s claims to fame is its wing selection – they have over 60 different flavors of sauce to pick from. Flavors go from wild to mild, including Cucumber Wasabi, Bacon Buffalo, Apple BBQ and the Insanity, which is the hottest sauce they offer. Their appetizers are sinfully decadent, including the Potachos (housemade chips with salsa, jalapenos, olives and cheese), the Mac Balls (their homemade macaroni and cheese breaded in panko bread crumbs and deep fried) and the Loaded Fries (topped with melted cheese and bacon). Their barbecue specialties include ribs, pulled pork and pulled chicken. 15 Frontier Road, Ashaway. BoneyardBarbecue.com

7. If you’re craving the comfort of Indian cuisine this winter, there are two new restaurants you can look forward to sampling. Adrak 2 Indian Cuisine & Bar has recently opened on Canal Street in Westerly and Adrak will be opening soon in South County Commons, both featuring authentic Indian menus. Adrak 2 serves a tremendous buffet so diners can sample its many Indian specialties. To start, you won’t want to miss one of their five different varieties of naan bread – the Garlic Naan, for example, is topped with fresh minced garlic and cilantro. The Gobi 65 is also an excellent starter: spicy, breaded and twice-fried cauliflower florets. Beware: they’re addicting. There are a variety of curries to try which come with chicken, lamb, goat, fish or vegetables, including the classic Tikka Masala and a very spicy Vindaloo. They also have a variety of biryanis with all of the meats slow-cooked in the tandoor, seasoned with saffron and served with basmati rice. If you’re looking to spice up your 2018, Adrak might be for you. 12 Canal Street, Westerly. AdrakRI.com 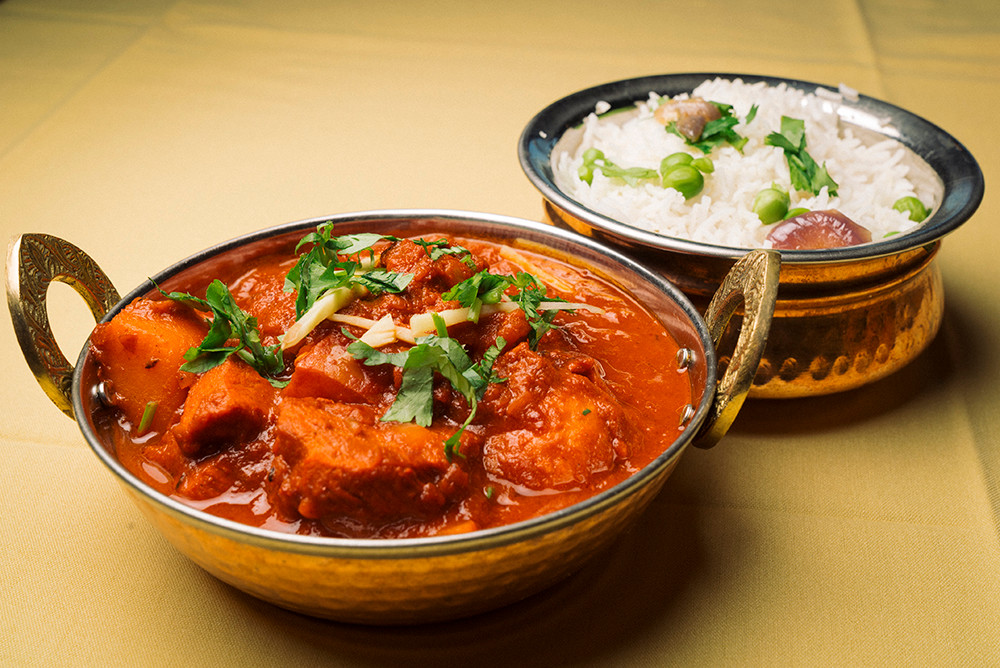 8. The Flatts recently opened in Peace Dale in the former home of Giro’s. A local legend, Giro’s opened 150 years ago and was the first restaurant in South County to be granted a liquor license. Neighbors are ecstatic to have the beloved spot open again. The restaurant is run by Jane LeBlanc, a South Kingstown resident with a degree in anthropology and a real estate license. Though she’s relatively new to the restaurant scene, she’s excited to “roll up her sleeves” and “bring back a beloved part of Peace Dale’s history.” The menu features local products including meats from East Greenwich’s Pat’s Pastured and Sons of Liberty barbecue sauce, and lays into the burgers and smoked meats segments of the food pyramid. Their edamame is delicious to snack on, and their Dick’s Mac & Meat – a mac and cheese dish loaded with pulled pork and topped with barbecue potato chips – is quickly becoming a local favorite. 501 High Street, Peace Dale. Facebook: The Flatts

Other items that may interest you